Francis Barlow specialized in paintings of animals and hunting scenes. He was the first artist to depict games and sporting matches.1 Where he was born is not clear: Lincolnshire, Yorkshire, Derbyshire and Lancashire are all mentioned as possible, as well as London. In 1650 he completed his apprenticeship with the London Painter-Stainers Company; for some years he may have been a pupil of the portrait painter William Sheppard (c. 1602–60).2 In 1658 he also became officially a member of the Stationers’ Company. He published a model book of birds, Multae et diversae avium species, c. 1650–55, with 12, and later 15, prints, which he etched himself. A second series of 13, later 18, prints of birds, Diversae avium species, c. 1654–8, was etched after drawings by Barlow by Wenzel Hollar (1607–77) and Richard Gaywood (fl. 1644–68). Barlow published Aesop’s Fables with his own illustrations (1666 and later editions). He also produced numerous sets of playing cards, and was one of the first political satirists.

His move from portrait painting to animal painting has been attributed to influence from or in the Netherlands.3 In any case he must have looked carefully at pictures with birds by Gijsbert Gillisz. de Hondecoeter (1603/4–53), at still lifes by Pieter Boel (1622–74), at drawings by Jacob de Gheyn II (1565–1629) and Hendrick Goltzius (1558–1617), and at model books by artists including Jacques Callot (1592–1635), Hollar, and Abraham Bloemaert (1566–1651).4 Between 1667 and 1681 he made a series of large pictures with birds and other animals for Pyrford Court, near Ripley, Surrey; the diarist John Evelyn (1620–1706) after a visit in August 1681 recorded that the hall was ‘adorned with paintings of fowle, & hunting &c: the work of Mr. Barlow who is excellent in this kind from the life’.5 The house was pulled down in 1776; the paintings had been brought to Clandon Park, Surrey, where in 1764 they were seen by Horace Walpole.6 Barlow also contributed some decorative scenes with birds at Ham House, where one of the two overdoor paintings still in situ is dated 1673. 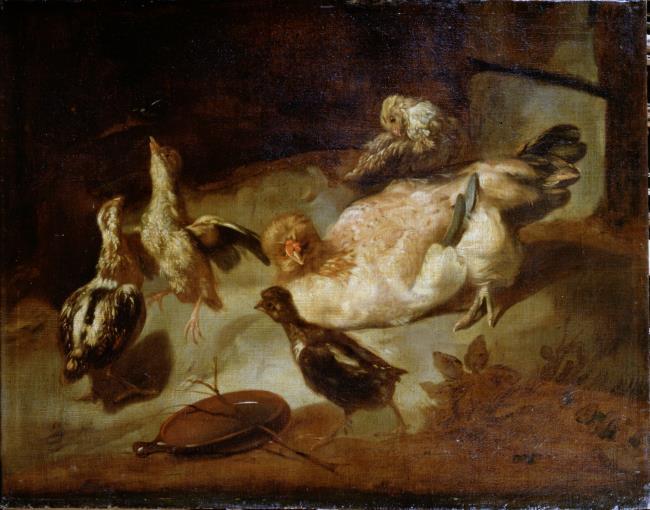 DPG425 – attributed to Francis Barlow
A Hen and her Chicks

TECHNICAL NOTES
The canvas has an old lining. The varnish has yellowed, but the appearance is acceptable. Some discoloured restoration can be seen in the background. Previous recorded treatment: 1952–5, Dr Hell.

Nicola Kalinsky suggested Francis Barlow as the artist, but she considered that there was no real evidence for the attribution.11 However a drawing by Barlow, Partridges, a study for a print published in the 1650s under the ‘Latin’ title Patriges, is in style and scale certainly by the same hand as DPG425 (Related works, nos 1a-b) [1-2]; and in another drawing by Barlow, A Pelican feeding her Young, the young are similar to the chicks in DPG425 (Related works, no. 2) [3].

Barlow worked on large projects as well: three canvases, each c. 2.5 x 3.5 m, painted between 1667 and 1681, originally at Pyrford Court, Surrey, and later at Clandon Park, Surrey, include birds by the same hand as DPG425 425 (Related works, no. 3) [4]. Yet significantly John Ingamells chose not to include DPG425 in his 2008 catalogue of British pictures at Dulwich, presumably considering it the work of a Dutch artist – hence its inclusion in this catalogue.12 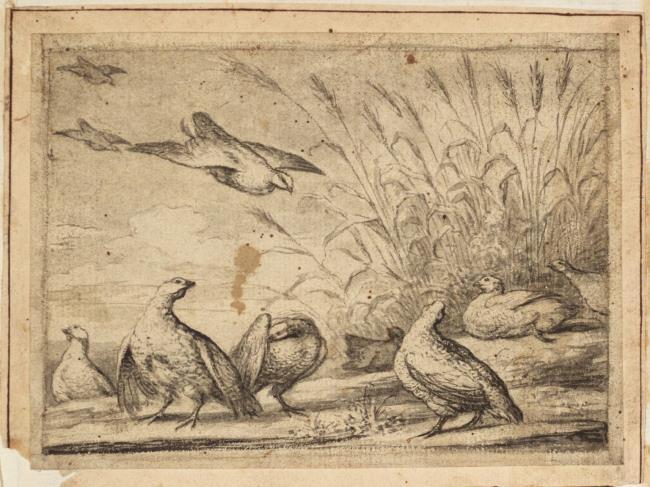 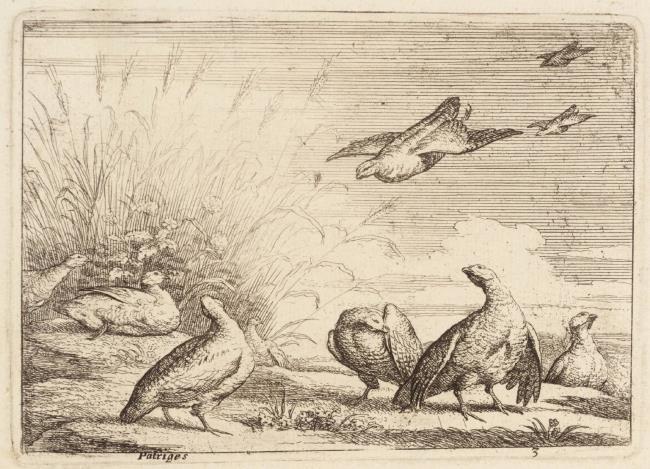 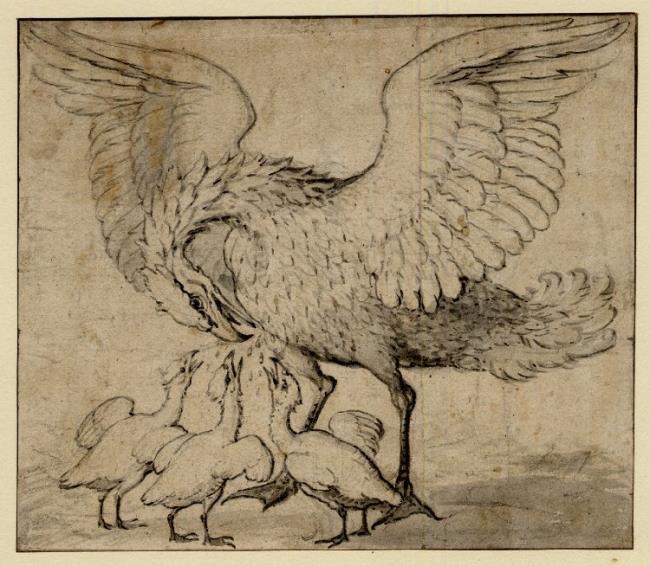 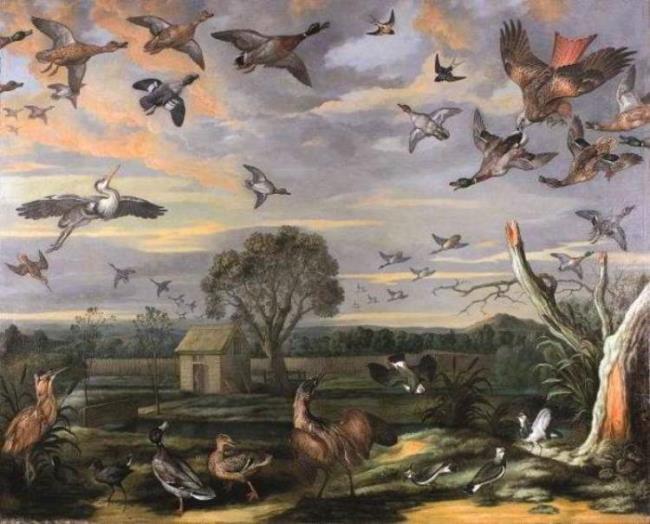 3 Frank 1993 says Barlow stayed with a small group of artists at Ham in the Netherlands (she probably meant Ham-en-Artois in Flanders, now northern France, near Calais), but that is based on a misinterpretation of the phrase ‘The only English painter in the little colony at Ham was Francis Barlow’ in Whinney & Millar 1957, p. 277: they meant Ham House near Richmond. Neve 1971 suggested that, due to a lack of artistic opportunities at home, Barlow may have travelled to The Hague with his friend the painter-engraver William Faithorne I (c. 1620–91), who according to Neve was ‘in the Hague from 1645 to 1650’. There is however no proof that Barlow ever left the British Isles (Flis 2011, p. 483). Moreover, the royalist Faithorne seems to have been in Paris during the years 1645–51. No traces of William Faithorne or Francis Barlow in the Netherlands have been found by Marten Jan Bok, Nadine Akkerman or Jaap van der Veen; many thanks to them for emails 2016 and 2020 (DPG425 file).