Jan Both [1] was one of the foremost painters of the second generation of Dutch Italianates. He was the younger brother of Andries Both (1611/12–42; DPG174), who was also a landscape painter, and with whom he collaborated. Jan is said to have studied with his father, Dirk Both, a glass painter, and possibly with the history painter and landscapist Abraham Bloemaert (1566–1651). According to the 17th-century German biographer Sandrart he also trained in Utrecht with the history painter and portraitist Gerrit van Honthorst (1592–1656) between 1634 and 1637, but his early works show that he was particularly influenced by the Italianate landscapes of Chaerles de Hooch (c. 1577–1638), who also lived in Utrecht.

Some time after 1637 Both travelled to Rome to join his brother Andries, and became friends with Herman van Swanevelt (1603–55) and Claude Lorrain (1604/5–82). The four of them contributed to a series of landscapes for the Buen Retiro Palace in Madrid (now in the Prado). Jan Both specialized in idealized landscapes, with figures inspired by those of Pieter van Laer (1599–1642). In 1642 he and his brother set out to return to the Netherlands; on the way, Andries drowned in Venice.

The first evidence of Jan’s presence back in the Netherlands is a drawing of a Dutch landscape dated 1643 (National Museum, Budapest). The earliest documents of his reappearance in Utrecht are dated 1646 and 1649, the latter date marking his appointment as overman in the Utrecht painters’ guild. From this point on he concentrated on wooded landscapes, characterized by golden light and minute detail – idealized visions of the Roman countryside and the mountains of the Apennines, none depicting an identifiable place. Only one of Both’s landscapes from his post-Italian period is dated. An attempt has been made to place them in chronological order by comparing them with dated works by Herman Saftleven II (c. 1609–85), who used Both’s compositions as starting points.

Both often collaborated with other artists. In addition to Claude, he worked with his brother Andries, and with Nicholas Knüpfer (c. 1609–55), Cornelis van Poelenburch (1594–1667), Jan Baptist Weenix (1621–59), and Pieter Saenredam (1597–1665). In Rome, the figures in Jan’s paintings were probably contributed by Andries and other artists. In the early literature Andries is always mentioned as collaborator – even in paintings made after his death in 1642.

Jan Both had a strong influence on Nicolaes Berchem (1621/2–1683), Aelbert Cuyp (1620–91) and Adam Pijnacker (1620/21–73), as well as on the third generation of Dutch Italianates, who were particularly impressed by his Apennine scenes. In the 18th and early 19th centuries he was widely admired by collectors; his work was included in the œuvre catalogues by John Smith (vol. vi, 1835), with 129 paintings (as collaboration of ‘John’ and ‘Andrew’), 10 drawings and 5 etchings (which were considered to be made by ‘John’ alone). Keeper Ralph Cockburn (1779–1820) made reproductions in aquatint of three of the five pictures which were at the time attributed to Both (DPG8, DPG15 and DPG10). In the second half of the 19th century and the early 20th century his reputation waned (although DPG15 was copied enthusiastically at Dulwich), but it has improved since the 1960s. 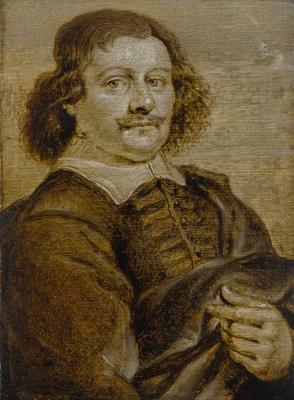