Aelbert Cuyp was the son of the painter Jacob Gerritsz. Cuyp (1594–1652), who was active in many genres, but chiefly painted portraits. His drawings and prints of animals were sources of inspirations for his son; together they created portraits in a landscape setting. Aelbert’s chief pupil is thought to have been Abraham van Calraet (1642–1722), with whose work his pictures have been confused, since they used the same initials (‘A.C.’). In the Dulwich collection, of the eighteen Cuyps in Britton’s inventory (1813) six are now attributed to Calraet (DPG63, DPG65, DPG71, DPG181, DPG296, DPG245), one to Soolmaker (DPG37), and one to Bourgeois (DPG135). Ten are still Cuyps (or by his circle or followers), and will be considered here.2

Aelbert Cuyp’s earliest signed works are of 1639; they reflect his study of various earlier landscape painters, such as Cornelis van Poelenburch (1594–1667). Most of his paintings of the early 1640s derive from the monochromatic, tonal landscapes of Jan van Goyen (1596–1656), Salomon van Ruysdael (c. 1600/1603–70) and Herman Saftleven (c. 1609–85). In the mid-1640s Cuyp began to be strongly influenced by Dutch Italianates such as Jan Both (1615/22–52): his ideal landscapes were now suffused with warm orange light, deep colours and contrasts of light, as if he had been in Italy himself. They include shepherds and flocks on rocky mountains and broad Italian plains, features shared with his contemporaries Nicolaes Berchem (1621/2–83) and Jan Asselijn (c. 1610–52). In the second half of the 1640s Cuyp introduced two themes that would often appear in his later career: a rider on a horse, and cows being milked. In the early 1650s Cuyp also began to paint herds of cows, often on riverbanks, and portraits. Of these perhaps the most interesting are the equestrian portraits, often with figures in exotic costume. In 1651–2 he travelled up the Rhine and the Waal and was particularly impressed by the town of Nijmegen in Gelderland, a site significant for its historical associations with Roman times and Charlemagne, and painted numerous views of the city in the 1650s.

Cuyp made drawings to use in his compositions, where he moved the motifs around: plants, milkmaids, jugs, sheep, goats, cows, boats, landscapes, and views of the skylines of cities, especially Dordrecht and Rhenen. He also made a series of etchings of cows. After his marriage to a wealthy widow in 1658 Cuyp seems to have ceased painting, although in 1665 he still had a pupil, Barent Kalraet (1649–1737), a brother of Abraham van Calraet.

In Dordrecht in particular in the 18th century several artists took Cuyp’s pictures as their model, in particular the brothers Abraham (1753–1826) and Jacob van Strij (1756–1815). Recently many more artists have been identified.3 But outside Dordrecht Cuyp and his work were largely forgotten until the very end of the 18th century, when his star rose again, especially in England, his works fetching high prices at auction and being collected by Joseph Mallord William Turner (1775–1851) and John Constable (1776–1837). In the Desenfans/Bourgeois home there was a special room, the Library, with pictures by Cuyp (see Britton 1813), and the Gallery’s first Keeper, Ralph Cockburn (1779–1820), included, among the fifty Dulwich pictures after which he made aquatints, seven works by ‘Cuyp’, of which only four are still considered to be by Cuyp.4

At Dulwich it is possible to follow the artist’s development from his early work in the style of Van Goyen (DPG348) through the slightly later DPG4 and DPG128 to his later manner, strongly influenced by the idealization of the Dutch Italianates (DPG124).

Two 19th-century German visitors singled Cuyp’s work out among the Dulwich pictures. Johann David Passavant (1787–1861) cites him along with ‘D. Teniers, Ph. Wouwerman, W. Van der Velde, Joh. Both, Ruysdael and Ostade’ as a producer of many excellent Dutch (sic) pictures. Gustav Friedrich Waagen (1797–1868) notes DPG192, DPG124, DPG128 and DPG96 but omits DPG4 and DPG348.5 In the Illustrated London News of 1856 the Cuyps in Dulwich were praised more in general, while the Cuyp that had come to the National Gallery with the collection of John Julius Angerstein (1735–1823) in 1824 was mentioned separately: ‘There is a very beautiful Cuyp, in his sunniest golden hue, in the National Gallery; and several of his works in the Dulwich collection.’6 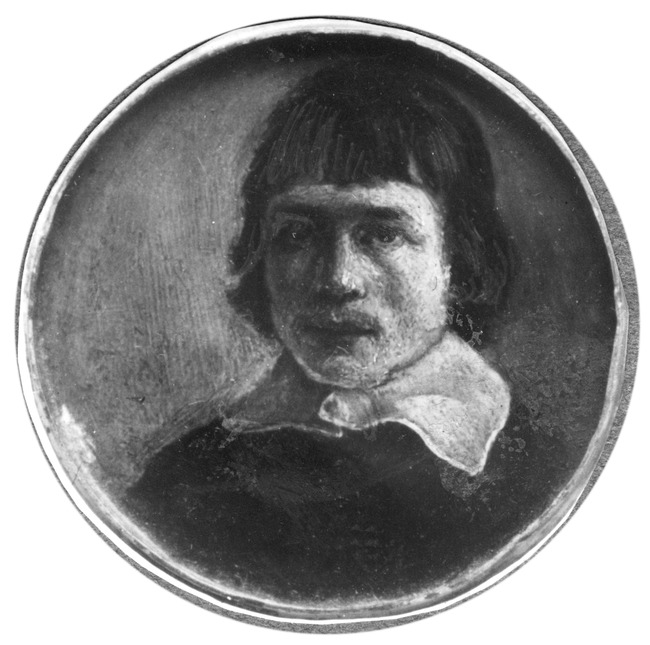 1 The date of birth of 20 Oct. 1620 that is sometimes mentioned seems to be an invention. We only know that Aelbert was baptized in October 1620. He was no. 100 of the 114 children baptized that month, so it must have been at the end of October – if the registrations in the Dordrecht baptism book are in chronological order, which is not certain (thanks to Marten Jan Bok, Harm Nijboer and Jaap van der Veen, all in emails to Ellinoor Bergvelt, 4 March 2020, DPG Cuyp files). The date of burial is sometimes given as 15 Nov. 1691 (the date in the funeral record of the Orphan Chamber), but it should be 7 Nov. 1691 (the date in the Dordrecht funeral record). (Thanks to Harm Nijboer and Jaap van der Veen, in emails to Ellinoor Bergvelt, 26 Feb. 2020, DPG Cuyp files.)

2 In Jonker & Bergvelt 2016 (pp. 238–9) one was called ‘after Cuyp, attributed to the 18th-century artist Jacob van Strij’ (DPG192). Here it will be regarded as ‘follower of Aelbert Cuyp’, since Sander Paarlberg of the Dordrecht Museum strongly rejects the attribution to Jacob van Strij (see DPG192, note 15 below).

6 Cuyp 1856. Bentley’s 1851 singles out two pictures in Dulwich: ‘The next work, a very beautiful Cuyp, brings us back to Nature again, and delights us by its clear and forcible effect’ (p. 348), and ‘“A Landscape and Cattle,” by Cuyp (the most luminous and brilliant of his works in this gallery)’ (p. 349). It is not clear which Cuyps are meant.