Anthony van Dyck was, after Peter Paul Rubens (1577–1640), the most famous Flemish artist of the 17th century. Apprenticed at the age of eight to Hendrik van Balen I (1573–1632), he became a master on 11 February 1618, four days before he was declared of age. In 1620, in order to avoid his goods being seized as payment towards his father’s bankruptcy, he set up his own studio in Antwerp, engaging assistants to make copies of his Christ and the Apostles. Even at this early age he was in high demand for his portraits.

It seems that as early as 1616, and perhaps earlier, Van Dyck was already an associate and disciple of Rubens, working with him on tapestry cartoons for the Decius Mus series and the decoration of the Jesuit Church in Antwerp (see under Rubens DPG125). During this early period, before he left for Italy, Van Dyck worked in a variety of styles at the same time.1 He seems to have started to work in a painterly manner, with loose brushstrokes, perhaps inspired by the Haarlem painter Frans Hals (1582/3–1666), who visited Antwerp in 1616.2 In October 1620 he visited England under the patronage of George Villiers, Marquis (from 1623 1st Duke) of Buckingham (1592–1628) and his family (see under Rubens DPG143, possibly the portrait of Katherine Manners, Buckingham’s wife). Probably in March 1621 he returned to the Netherlands to arrange his affairs before departing for Italy in October 1621, where he would remain for the next six years. In Italy Van Dyck travelled widely, but mainly worked in Genoa, where his portraiture was in great demand, as can still be seen there in the palaces. In 1622–3 he is documented in Venice, and in 1623 and 1624 he visited Sicily, where he painted DPG173. During this long sojourn in Italy it seems that he paid particular attention to the work of Titian (1488/90–1576).

In autumn 1627 Van Dyck returned to Antwerp and was shortly thereafter named Court Painter to Archduchess Isabella (1566–1633). However it seems he was well aware that Rubens would shortly be returning to the Netherlands from Spain, and with the encouragement that Charles I (1600–1649) was now king he began to work towards a return to England. Several of his works were shipped there.3 Visits to the Northern Netherlands are also known, especially to the court of Frederik Hendrik (1584–1647), Prince of Orange, in winter 1631–2. He painted several important works for the Stadholder, both portraits and history paintings. That is also where he probably met Jan Lievens (1607–74) and possibly even Rembrandt (1606/7–69) as well.4 According to Houbraken he visited Frans Hals in Haarlem, an artistically very related artist, just before Van Dyck left for England.5 In 1632 he arrived in London and was knighted and named Principal Painter to Charles I. From this point on Van Dyck mainly worked for the English court and its members.

Charles I kept Van Dyck very busy with numerous portraits as well as restoration work on Titian’s series of Twelve Roman Emperors. Nevertheless Van Dyck maintained close relations with the Netherlands, returning there in 1634–5 to buy property and to paint portraits of the new governor, Cardinal-Infante Ferdinand (1609–41). During this visit he was elected dean of the Antwerp Guild of St Luke, as Rubens had been before. During this period he started his Iconographia (c. 1632–44), which in the end comprised some hundred prints of portraits of famous men and women after drawings or grisailles by Van Dyck. At his death there were 80 plates by other engravers and 18 by himself.

On his return to England in the spring of 1635 Van Dyck painted William Laud, Archbishop of Canterbury (Fitzwilliam Museum, Cambridge; many copies exist, among them DPG420),6 as well as numerous images of the royal family. The most famous of these must be his Equestrian Portrait of Charles I (NG, London, NG1172) and the Three Views of Charles I (Royal Collection, Windsor, RCIN 404420) [2] – intended as a guide for a portrait bust by the Roman sculptor Gian Lorenzo Bernini (1598–1680).

By early 1640, however, Van Dyck appears to have resolved to leave London, presumably because of Charles I’s financial problems. Another factor must surely have been the death of Rubens, and the realization that he could fill the void left in the Netherlands. To that end he visited Antwerp in September 1640, looking for potentially interesting large-scale projects. In December he went to Paris in the hope that Louis XIII (1601–43) might commission him to work on the decoration of the Palais du Luxembourg, but he was disappointed. He made a brief return to London before once again departing for Antwerp and Paris. By this stage he was, however, mortally ill, and shortly after returning to England in November 1641 he died at Blackfriars.

While in his own mind primarily a painter of religious and history subjects, throughout his career Van Dyck was increasingly called upon to paint portraits. These do not always appear to have received his full attention, but when we think of the Genoese aristocracy or the Caroline court in England it is the elegance and romance of Van Dyck’s portraits that come to mind.

Van Dyck’s portraits were the example for later painters, not only in the 17th century (Sir Peter Lely (1618–80) but also in the 18th (Thomas Gainsborough (1727–88) and Sir Joshua Reynolds (1723–92)) and 19th (Sir Thomas Lawrence (1769–1830)) centuries. In Britton’s inventory of 1813 twelve paintings were classified as by Van Dyck.7 Five of those will be dealt with in this catalogue, distributed over his career: two early ones, DPG127 and DPG73; one made in Italy, DPG173; and two after his return to Flanders, DPG90 and the original of DPG81. The painting now considered to be the most important Van Dyck in the Dulwich Gallery – DPG127, Samson and Delilah – was in the 19th century thought to be by Rubens. 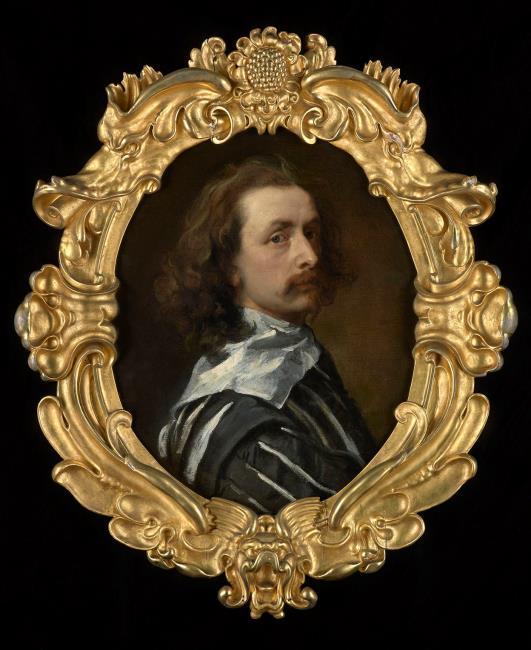 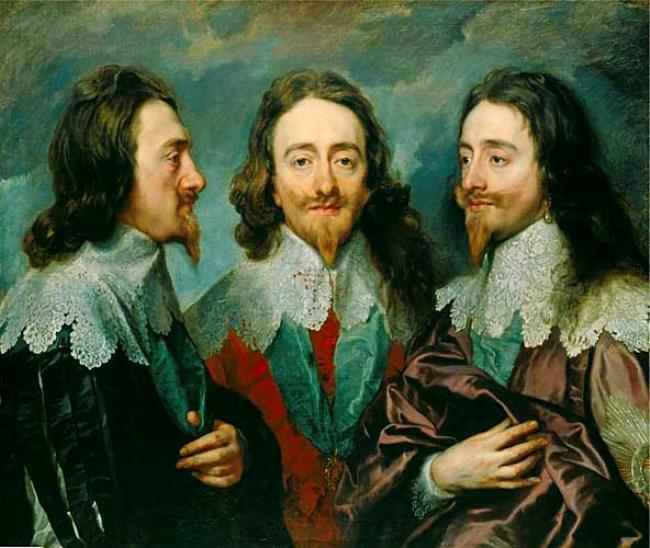