Friedrich Dürck was trained at the Leipzig Academy, where he was a pupil of Hans Veit Friedrich Schnorr von Carolsfeld (1764–1841) and later studied at the Munich Academy from 1824 to 1829. After a trip to Italy in 1836 and 1837 he settled in Munich. He worked on commission as a portrait painter, for which he was called to the courts of Sweden and Austria, and later specialized in genre subjects and scenes of children.
LITERATURE
Huber 2001;1 RKDartists&, no. 25020: https://rkd.nl/en/explore/artists/25020 (Nov. 22, 2017). 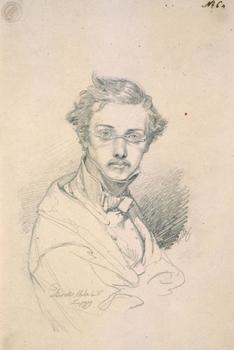 TECHNICAL NOTES
The unlined, twill weave, commercially primed canvas is stretched on the original single window stretcher. It appears never to have been removed from the stretcher. The canvas tension is weak with some distortions at the lower edge caused by debris behind the stretcher bar, now removed. The paint layers are generally in good condition. There is a fine vertical overall craquelure, a little raised in the upper part. Craquelure in the flesh is noticeably dark and the hair has some drying cracks. The varnish is very dark and discoloured. Previous recorded treatment: 1991, cleaned and retouched, V. Leanse.

This painting was given to the Gallery in 1961 by Miss Davies of Herne Hill along with three other paintings: after Francesco Guarino, St Agatha (DPG644); British School, Landscape (DPG646), and British School, The South Downs, with the Belle Tout Lighthouse (DPG647).3 This bequest is likely to have come through Sir Gerald Kelly when he was the Royal Academy’s representative on the Governing Body. No correspondence exists between him and the donor. How a picture by this German painter came into the possession of Miss Davies is a mystery.4 There is a small possibility that this picture was accepted by the Governors because it shows a superficial similarity to Rembrandt’s Girl (DPG163), in the way the sitters look at the viewer, the way they hold their arms, and the necklace. 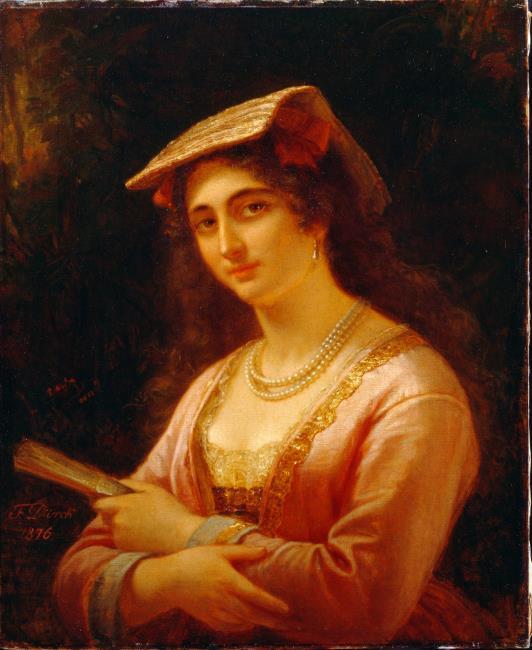 1 Wrongly Julius Schnorr von Carolsfeld is mentioned as Dürck's teacher in Leipzig; however that was Hans Veit Friedrich, the father of Julius, who was in Rome at the time.

2 According to Dulwich Picture Gallery’s locations logbook under DPG643, and letter to Mr Caine from D. G. Banwell, Clerk to the Governors, 24 March 1977 (DPG646 file).